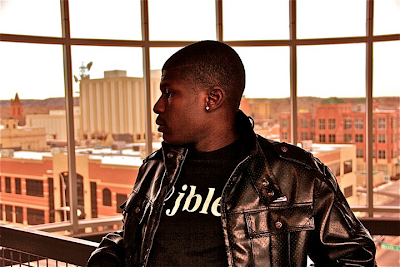 J Blev, blev meaning to BECOME, is a hip hop recording artist and song writer originally from Pensacola, Florida but currently residing in Atlanta, GA. J-Blev has opened for some of the most influential acts in the hip hop industry to include J.Cole, DMX, E-40, Young Buck, Chalie Boy (I Look Good), GS Boyz (Stanky Leg), Dorrough (Ice Cream Paint Job), Trillville, & D4L. After meeting Dj Smallz and… releasing the free album titled “New To The Neighborhood” J-Blev has since had songs placed on Shade 45 and Chuck D Presents Slamz Jamz Records the cd. J-Blev’s hit track Boom has also received song placement in television shows on networks such as ABC, HBO, mun2, and Speed TV to name a few. J-Blev’s mixtape “And Then There was Me” received favorable feedback from the public and was considered to be entertaining, yet new and exciting. As stated by Julian Boothe, Sr. VP of A&R Slip-n-Slide, “he has a unique and versatile sound”.
Posted by Unknown at 7:55 PM