New breaking artist A Boy With A Voice Michael Colman 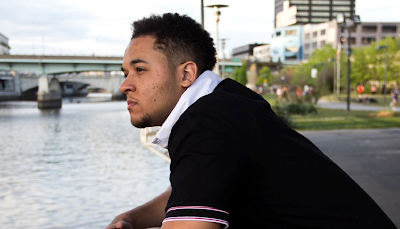 Singer, Song Writer, Producer, Entertainer.. For hooks and more hit me up at Miccolebeats@gmail.com to Book 4 shows!
http://www.lovemiccole.com/
Michael Coleman, most popularly known as Mic was raised in the church environment during his childhood. Being the son of a Choir director, he always knew what it meant to SING! Mic, who is considered the “pretty boy” of the bunch, has not only gained the ability to grabbed the ladies attention with his high-pitched, clear, and smooth voice; He has also grabbed their ears leaving many amazed and hanging on to each note.
Friends and family consider him an element of surprise. He is often described in one sentence, “HE SINGS HOW HE LOOKS”. Born on December 22, 1989 in Philadelphia PA, Mic knows what it means to struggle. He grew up without a father figure, and a mother, Pamela McCullough, who fought daily with pain, stress, and raising nine children by herself. Unfortunately, both of Mic parents passed away from health issues. Losing both parents was extremely hard on him but whenever you ask him now on how he’ve  survived, his only response is, “God did remove my parents from this earth and I would give anything to see them again but I know they are in a better place. They are always looking down on me saying, “Son, shoot for the moon and if you miss, you will still be amongst the stars!!” For him everyday is a struggle knowing he doesn’t have that support of his Mother, but his drive for music pushes him to keep going.
Mic  has gained so much confidence in himself as well as have a ton of knowledge with in the music business. He has learned to put the pen and paper down and to just sing whatever comes to heart and mind. From his POP & R&B sound to his outstanding looks, he has broken out of that “shy” shell he has been trapped in for so long and into his swagger, cool but not cocky formation. He sings, writes, performs, and is also well rounded on the production end of things and isn’t afraid to take the next step into what ever aspect of the game if it meant bettering his craft.
He is the all-in-one package you don’t see everyday. Mic words to live by,
“Blessings are true and they come when you least expect it. Keep the faith and it will soon come your time to shine.”
Posted by Unknown at 7:46 PM