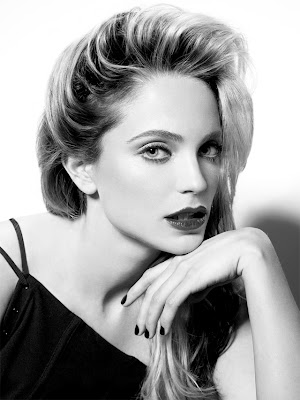 Cara Quici is an American singer/songwriter born and raised in Corpus Christi, Texas now living in New York City and Los Angeles. Cara first began singing church hymns at the age of 4 and throughout Cara’s school years, she cultivated and showcased her talent by participating in local school talent shows and church musicals.
As a pre-teen Cara attended International Modeling and Talent Association (IMTA) Convention in Hollywood, California with her Texas Agency, Infinity Model and Talent Agency. She won various awards for singing, dancing, acting, and modeling. Due to her parents being unable to move to Hollywood as her guardians, Cara then flew back to Texas leaving multiple contracts behind. On her 18th birthday, which was the same day she graduated High School, Cara sought out to reach her dreams by leaving her small Texas town for the lights and stages of New York City.
After four years in New York, Cara branched out to Hollywood, California becoming bi-coastal. During this time she prepped for her first professional recording sessions by attending the reputable Los Angeles based “Oksana’s School of Music” for piano and voice. Acclaimed pianist Oksana Kolesnikova was Cara’s teacher for piano. Cara then added accomplished Musician’s Institute Hollywood vocal coach Carol Rogers, known as Mama O, to her schooling. After recording over 30 songs with the industry’s top producers and writers in Los Angeles, New York, and Miami combined, Cara then released her first single to the public entitled “Away From You” which was also co-written by the singer herself. The track is executive produced by Max Gousse and produced by Billboard Hot 100 producer Fuego, who is most known for Jason Derulo’s hit “Whatcha Say” and the recent Chris Brown single “Turn Up The Music” “Away From You” Jump Smokers Remix, which premiered with mass appeal to radio stations all over the country and TV’s Music Choice, was able to reach the 27th position on Dance Billboard charts.
Cara is also known as a television personality featured on numerous television shows including popular late night talk show “Watch What Happens Live” hosted by Andy Cohen, Season 7, Episode 22. (Rise and ‘Fall’) Cara’s National TV appearances include two episodes of Bravo’s “The Real Housewives of New York City” Season 5 in the summer of 2012, including episode 7 where she performed her 3 singles “Do It Now”, “Fall” and “Bad Girl”. Cara’s infamous performance became one of The Top 15 Moments of RHONY Season 5. Often nicknamed a “Bravolebrity” by fans, Cara has appeared on numerous TV networks and was a cast member on NBC’s “Momma’s Boys” produced by Ryan Seacrest, has been a guest on Howard Stern’s TV and radio show twice for both E! Entertainment and Howard TV, as well as being a top Google trend after her most recent Howard TV appearance.
Cara consistently works with acting coaches, dance choreographers and vocal coaches, including renowned vocal coach Wendy Parr and well-known acting coaches Bob Luke and Janet Alhanti. She has successful live shows under her belt including her first live show at Rokk City in New York City, which was to benefit the Humane Society and resulted in the venue overflowing, where Cara had Stephen Baldwin in attendance as a guest. Since performing at Rokk City, Cara has been in high demand in Manhattan, New York and has performed at every major exclusive venue including the famous celebrity filled 1 Oak, where Leonardo DiCaprio was in attendance the evening of her live show.
Cara Quici’s unreleased songs, “Adios” “OAI” & “Clone” were featured on four episodes of Country Music Television’s (CMT) hit show “Southern Nights”, including the finale episode.
In more news Cara Quici and celebrity fashion photographer Gian Andrea di Stefano have collaborated in a series of photographs portraying her identity and iconic inspirations; Goddess of Punk Rock, Blondie’s leading lady, Debbie Harry, and the Queen of Pop, Madonna. Quici’s photos have received National attention and press in numerous major news outlets.
In March 2012, Quici was named the official spokesperson of “Million Faces of Support”, which is a movement created to encourage and support our troops through creating a montage of a million supporting faces, as they try to set a world record for the largest mosaic photo-measuring the size of a football field.
Among having 16 high selling singles already on iTunes, Cara will be releasing a highly anticipated remake of the Beastie Boys hit “Fight For Your Right (To Party)” entitled “Fight”, licensed by both Universal Music Group and Sony ATV, which will debut through radio personalities Nationwide in early 2013. “Fight” was personally approved by Rick Rubin and The Beastie Boys, and will be accompanied with Cara’s first official music video. Quici continues to write melodies and lyrics, is a Pandora Radio favorite, is trademarked, has been dubbed a “pop star” by the NY Post’s Page Six and the Daily News Gate Crasher and was recently added to the “Armed Forces Entertainment” tour roster.