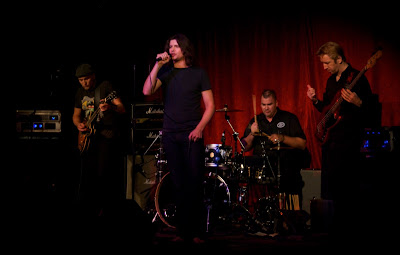 '' The William Street Strikers play a diverse mix of styles that fit together to form the bands sound which has been described as '' a sound totally their own '' . The only stipulation on what songs end up in their arsenal is that it sounds good in a live situation. This is because the band from day one has been about live shows and lots of them. This has also been their philosophy when it comes to recording, they are just about to put out their fourth album which will be available in March. Having a good body of work has served them well in Australia with their last two albums getting Radio and T.V play and becoming an underground favourite of the community network. This was evident when their last Album '' Keep Left'' spent 7 weeks in the Amrap charts being heavily rotated and their filmclips being aired on the long running ABC music show Rage. Currently finishing off their new album they are getting preparations ready for another assault as they head out again to gig behind the new album. ''
Posted by Unknown at 9:05 PM